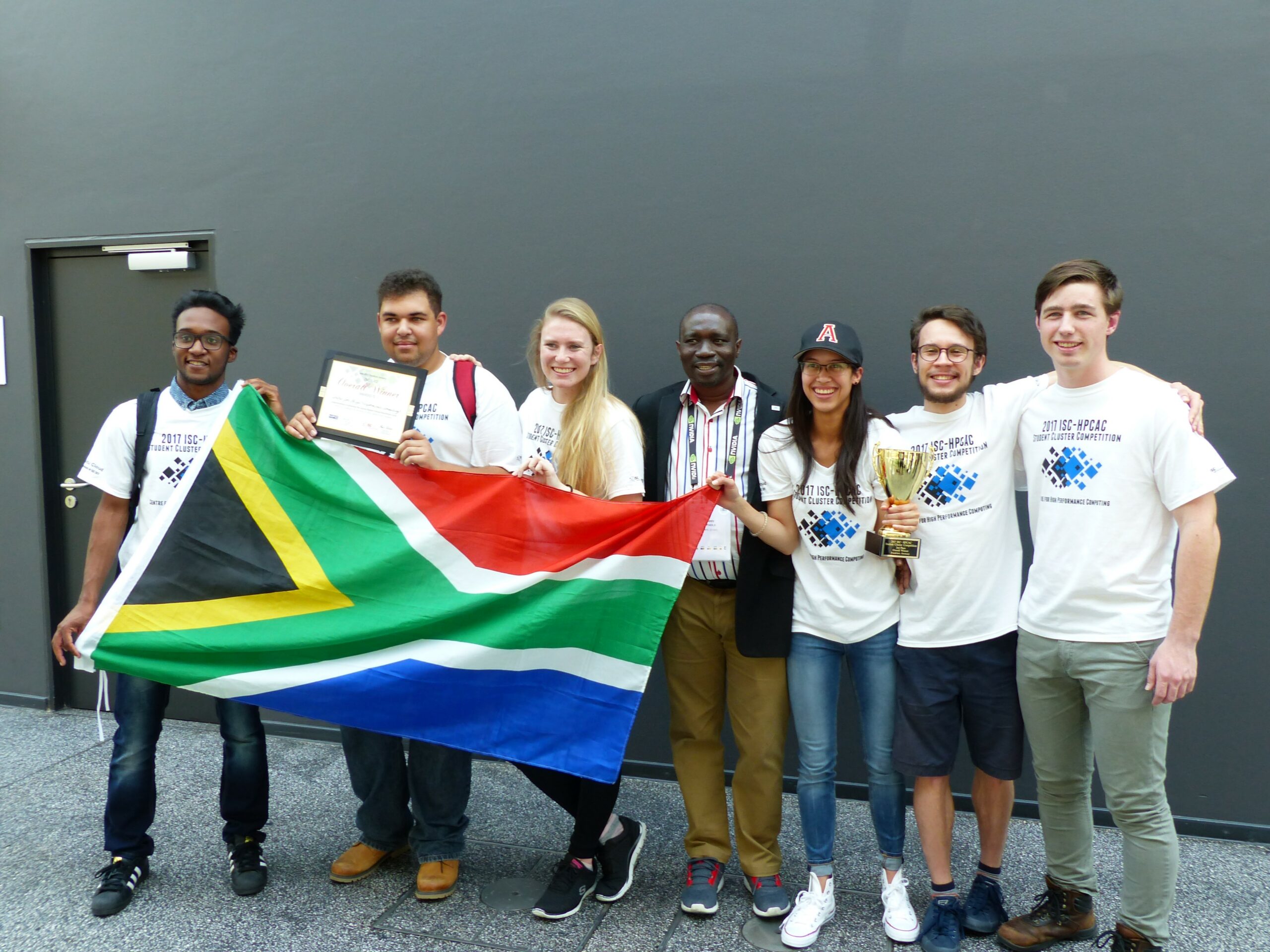 A team of South African students has claimed third place at an international high performance computer competition in Frankfurt, Germany. The team of six, made up of Witwatersrand and Limpopo University undergraduate students were part of 12 teams from around the world who represented their countries in the prestigious supercomputing conference that took place from 25 to 27 June 2018. The team came third to two teams from China.

The competition consists of computer science and engineering students who showcase computing systems of their own design, adhere to strict power constraints and who must seek to achieve the highest performance across a series of standard high performance computing (HPC) benchmarks and applications.

South Africa has been participating in the international competition since 2013 and has won it in 2013, 2014 and 2016, coming second in 2015 and 2017 and is one of the few teams in the competition that is made-up of only undergraduate students and that sends different students each year.  During the competition, students build small HPC clusters on the exhibition floor from hardware provided by the Centre for High Performance Computing (CHPC), based at the CSIR, and its industrial partners.

The CHPC is an intervention by the Department of Science and Technology (DST), which is aimed at addressing the computational requirements of the wider scientific community in South Africa.

The South African team is made up of computer science and engineering students from Wits University: Meir Rosendorff, Joshua Bruton, Kimessha Paupamah, Katleho Mokoena, Nathan Michlo and Njabulo Sithole from the University of Limpopo.

“We are so excited to have been placed third in this competition, the competition was so tough, we were doing this for the first time but we managed to pull an ace,” said team members: Meir Rosendorff, Joshua Bruton and Kimessha Paupamah. They return to South Africa tomorrow evening and when asked what their plans for the remainder of their time in Germany were they said: “Now that the hard work is done, we plan to hire bicycles and cycle around Frankfurt and do touristy things”.

The CHPC’s director, Dr Happy Sithole, is ecstatic about team South Africa’s performance. “This is a significant achievement from South Africa as we bring a new team each year, whilst other teams repeat members and other teams even use postgraduate students. We are trying to make sure that we grow the numbers of students who get this exposure to this field of HPC. For the past six years we have had 36 students who have performed well on the world stage,” he said.

South African team representatives were selected from 10 participating teams at the national competition run in December 2017 during the CHPC’s national conference. Team selection for the national competition takes place at the centre’s Winter School which is designed to impart critical knowledge for building a cluster and includes using Linux systems, the basic software stack of a cluster and considerations which should be taken into account when choosing hardware. Team selection concludes with an assignment which requires each team to build a prototype cluster in the Cloud.

South African team representatives have gone through extensive training since joining the running for the international competition that started with the CHPC Winter School in Stellenbosch. After the national round of the competition in Pretoria, the team then  travelled to the Texas Advanced Computing Centre in Austin, America where they were trained by well experienced administrators of supercomputing clusters on design and administration of supercomputers.