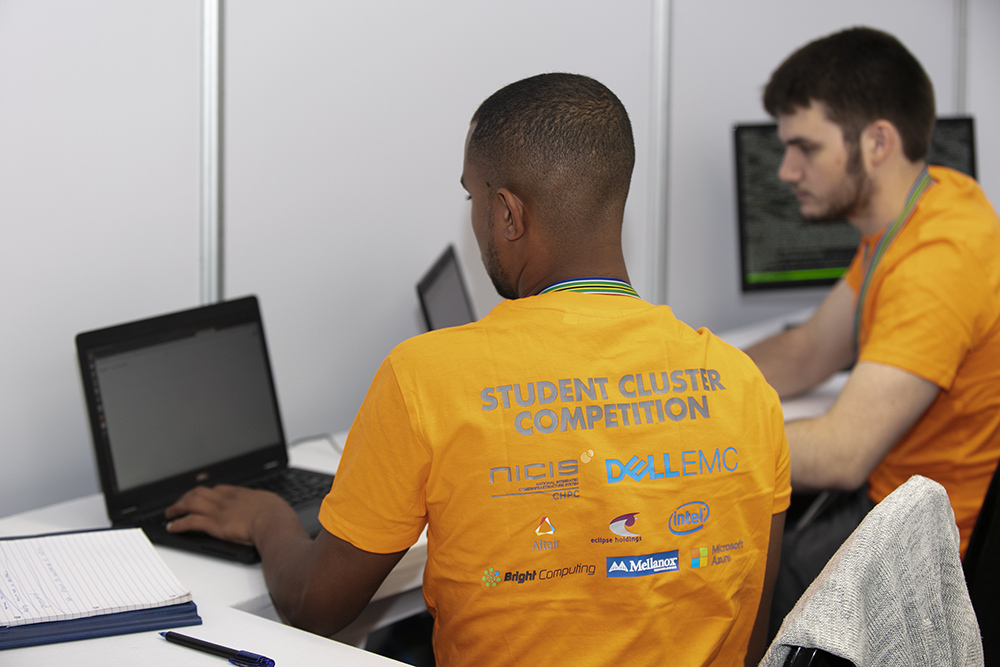 The Centre for High Performance Computing (CHPC) trains Computer Science and Engineering students from across South African universities in its annual winter school held every July and selects some for the national Student Cluster Competition that takes place during the CHPC’s National Conference every December. Winners of the national competition are entered into the annual International Student Cluster Competition that takes place in Germany. South Africa is always represented by a new team of six undergraduate students who travel to Germany to build a small cluster of their own design on the International Supercomputing Conference exhibition floor and race to demonstrate the greatest performance across a series of benchmarks and applications. Students receive a unique opportunity to learn, experience and demonstrate how high performance computing influences our world and day-to-day learning.

Tsinghua University (China) took the overall prize based on their Linpackscore and their performance in the ‘mystery challenge’.

Team South Africa was represented by Mishka Mohamed, Kyle Jordaan, Tyrone de Ruiters, Liam Doult all from University of Western Cape as well as Phillip Goosen and Lydia de Lange from Stellenbosch University. The team members were honourned guests of Minister Naledi Pandor at during the Department of Science and Technology’s Budget Vote in parliament this year where she wished them well for the international competition.

South Africahas won the international competition three-times before and taken second position once. Asked on what the magic formula is, David Macleod, CHPC Engineer and team’s advisor simply says: “We have good sponsors and we come prepared”.